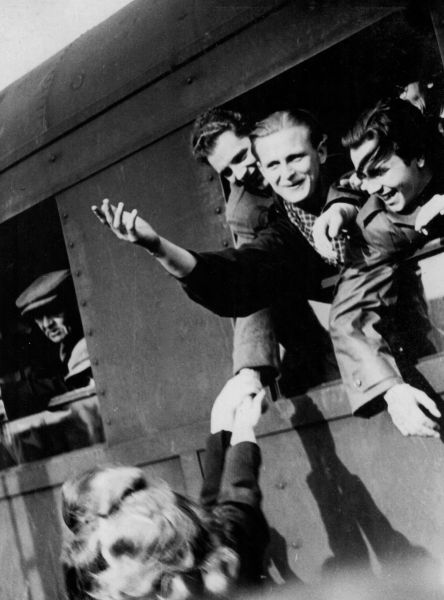 Production of the new film about the Baltic refugees who worked at the Seabrook Farms requires additional research and we hope you can help.
My name is Helga Merits. I’m a documentary filmmaker. My latest film was Coming home soon – the refugee children of Geislingen. This is a film about a group of Estonians who came to live in Geislingen, a small town in the south of Germany, shortly after World War II and turned the place into a small Estonia. But after five years they were forced to relocate to new, unknown countries.

Now I have started to work on new projects, among them, a documentary film about Seabrook Farms. This farm - one of the largest vegetable factories in the US - was one of the places where refugees could find work shortly after the Second World War.  Though the largest group of workers consisted of Japanese Americans who had been interned during the first years of the war and had been looking for a new place to live, after the war people from all countries in Europe came to Seabrook Farms to form a global village. Amongst them were some 200 to 300 Latvians.

In case you know anyone who lived there, or you have lived there yourself, please let me know. I’m searching for information, stories, pictures, but also letters and diaries of parents or others, so that I may include stories of the adults who worked at the farm in the film.