Imant Raminsh is a Latvian Canadian composer. His opera „The Nightingale” was jointly commissioned by three American choirs – Children"s Chorus of Washington, the Glen Ellyn Children"s Chorus of Illinois, and the Portland (Oregon) Symphonic Girlchoir. The opera was also premiered in all three cities in 2005. The creation of the opera was inspired by Andersen"s story of Nightingale whose lovesong fascinated and captured everyone who heard it.

The opera was premiered in Latvia (Latvian translation by Astrida B. Stahnke) at the end of the year 2018 at Great Guild, Riga and it was attended by the composer himself. It was a debut for Riga Cathedral Girls" choir TIARA in the main role of an opera! The performance was a colorful and sophisticated reading of Hans Christian Andersen"s fairy-tale which allowed music and dance to enter the story of Emperor of China. „The Nightingale” was nominated for The Grand Music Award 2018 in category "Performance of the Year". The Grand Music Award is the highest form of recognition in the field of music in Latvia. 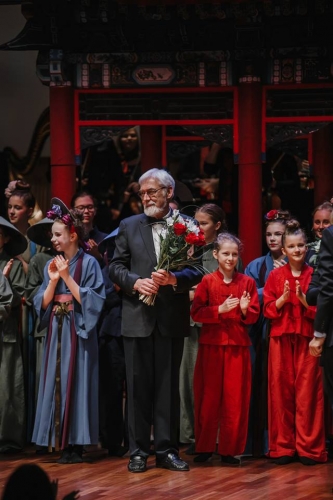 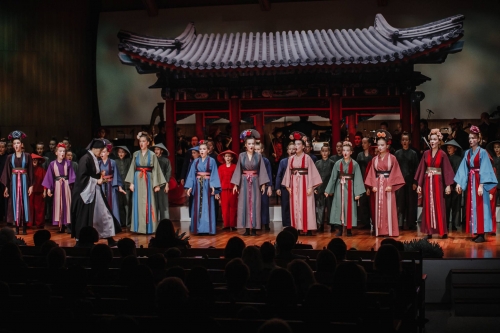