LF15L09 The Chronicles of Melanie 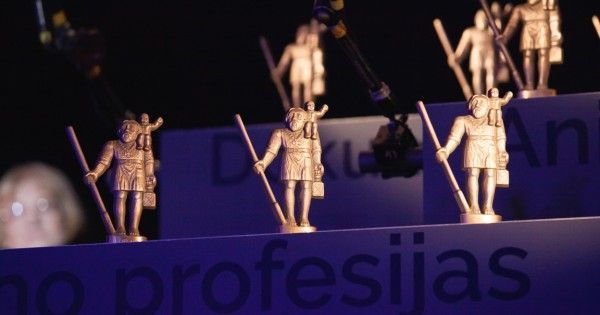 The film “The Chronicles of Melanie” is based on the life story of Melānija Vanaga, a Latvian woman who managed to survive her deportation to Siberia. It is a truthful account of the miracle of human character, magnitude of the human spirit and the painful destinies, which were a part of the greatest tragedy facing the Latvian people. In the early morning of June 14, 1941, under Stalin"s orders, over 40 000 people from Latvia, Estonia and Lithuania were arrested, shoved into cattle cars and dispatched to permanent exile in Siberia. Among them - journalist Melanie and her 8 year old son Andrejs, forcibly separated from husband and father Aleksandrs. In the Siberian village women, ignorant of the fate of their husbands, are settled in badly built barracks and forced to work like slaves. Melanie keeps herself alive for her son and husband to whom she writes hundreds of love letters that are never sent, since his address remains unknown. She keeps her personal integrity in the face of starvation, hard work or disease. After 16 years, Melanie is released and returns to Riga, only to find out that her husband Alexander died in the camps in 1942.

"The Chronicles of Melanie" by the filmmaker Viesturs Kairišs, is the Latvian official selection for Oscars in the Best Foreign Language Film category.

The Academy Award for Best Foreign Language Film is one of the Academy Awards handed out annually by the U.S.-based Academy of Motion Picture Arts and Sciences (AMPAS). It is given to a feature-length motion picture produced outside the United States of America with a predominantly non-English dialogue track.
Unlike other Academy Awards, the Best Foreign Language Film Award is not presented to a specific individual. It is accepted by the winning film"s director, but is considered an award for the submitting country as a whole.