JOIN TODAY AND INVEST IN THE FUTURE 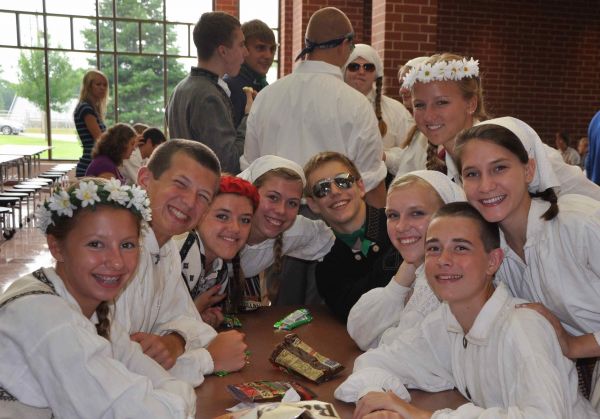 The Latvian Foundation is an association of donors who wish to cultivate and support Latvian education and culture for the future.

Founded in 1970, the Latvian Foundation was the first of its kind in the exile community to actualize the idea of developing a stable and secure means of providing financial support, using only the accrued interest of its accumulated capital.

The Latvian Foundation is managed by a board of six trustees elected by LF members. Its operating capital is comprised of initiation fees, annual membership dues, contributions, bequests, legacies and income from investments and other assets. The LF board and membership vote annually on submitted grant applications.

Examples of projects awarded grants in years past include: financial assistance to Latvian summer high schools and camps; film productions of “Latvia: A Captive Nation”, “Es esmu latvietis” (I am Latvian), "Melānijas hronika (Chronicles of Melanie), "Bille" and "Dvēseļu putenis" (Blizzard of Souls); the translation in English and publication of “Sibirijas Bērni” (Children of Siberia); the cataloging of Latvian publications in the University of Helsinki Library; a grant to the LaPa Museum (Latvieši Pasaulē - Latvians Abroad) and its exhibits "I am (also) a Latvian" and "Nyet, Nyet Soviet"; videotaped interviews of Latvian WWII refugees for the Museum of the Occupation of Latvia; video recording of Latvian folk dances by Dandari; support to Latvian theater troupes touring the U.S. and the publication of numerous books, CDs and DVDs.

To ensure the future of the Latvian nation and its people, it is important to maintain our culture, to secure its expression and new directions, as well as to promote Latvian education so that our community never loses its sense of identity.

Our Latvian heritage is too rich and valuable to be lost or diminished. The Latvian Foundation’s goal is to sustain this heritage by providing the all too rare funding for those cultural and educational projects which reinvigorate a Latvian sense of identity. To do this, we need your help! Join the Latvian Foundation and help maintain a strong Latvian spirit.